Top 7 Baseball Movies of All Time 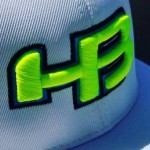 “For the love of the game.” Baseball is America’s pastime and has been such for over a century. Not only has it provided us with nail-biting sporting events with the best players in the world, but it also gifted us with some of the most classic and enjoyable cinematic adventures, too.

There is truly something special to be said about baseball movies– and, honestly, we are here to say it! More specifically, we are glad to outline the top seven baseball movies of all time!

7. The Bad News Bears (1976)
When an ex-minor leaguer alcoholic is forced to coach a little league team, he haphazardly creates a baseball team of misfit youth.

Morris Buttermaker (Walter Matthau) promptly failed with the new team called “The Bears” in their first game, where they allowed 26 runs to score without a single out! Buttermaker then took on the tenacious Amanda Whurlitzer (Tatum O’Neal) as the team’s pitcher. What becomes of the “Bad News Bears” shocks all in the league.

6. Major League (1989)
Speaking of comedic baseball films, next on our list is Major League. The Cleveland Indians are handed over to a new owner, Rachel Phelps (Margaret Whitton), who wants to move the team to Miami. That can only happen, however, if ticket sales plummet. In order to reach her goal, she hires inept baseball players, like the wild pitcher Rick Vaughn (Charlie Sheen) and injury-prone catcher Jake Taylor (Tom Berenger).

However, the team with these two and other down-and-out players quickly gains surprising momentum, despite Phelps’ every move to stop them. Hilarity ensues throughout this film along with romance and drama!

5. The Natural (1984)
Based off the novel by Barry Levinson, The Natural tells the experience of Roy Hobbs (Robert Redford) who was, as the title suggests, a “natural” in the game of baseball. Hobbs had been shot and injured and, after 16 years, decided to return to professional baseball as a rookie. He joins the New York Knights, who are in last place.

The manager, Pop Fisher (Wildford Brimley), didn’t care for the move, but Hobbs quickly became one of the best players in the league.

4. The Sand Lot (1993)
The Sand Lot features a crew of children who play baseball on the neighborhood sand lot. Scottie Smalls (Thomas Guiry) moves into the neighborhood and befriends the group of kids. Throughout the film, they all go on adventures, improve their game, and even face off with an aggressive dog just to get a Babe Ruth-signed baseball back!

3. Moneyball (2011)
Billy Beane (Brad Pitt) is the general of the Oakland A’s who are not doing so well in the league. With a tight budget, however, Beane finds it impossible to improve their roster. However, one day, he has an epiphany that the trading and purchasing mentality of Major League players is all wrong. It all comes down to mathematics and nothing more.

Beane brings on Peter Brand (Jonah Hill) to stock their roster with budget-friendly “flawed” players and astounds them all.

2. A League of Their Own (1992)
During WWII, professional baseball players were slim to none as most had headed off to war. In order to keep baseball alive, an all-female baseball league was created in the Midwest. The film, which was based on a true story, follows one team in particular, the Rockford Peaches, especially rivaled sisters Dottie Hinson (Geena Davis) and Kit Keller (Lori Petty).

1. Field of Dreams (1989)
“If you build it, he will come.” This classic line is well-known by baseball and cinema fans alike as it stems from Field of Dreams. Ray (Kevin Costner) hears that precise sentence from a mysterious voice one night, which prompts him to build a baseball diamond on his farm. In doing so, he cajoles ghosts of some of the greatest baseball players of all time to play ball on his field, including “Shoeless” Joe Jackson.