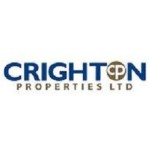 When someone mentions Cayman Islands houses, the first thing that comes to mind is probably a combination of cottage-style ranch homes and what some describe as Caribbean colonial structures.

The exciting thing about Tropical architecture is that it has parallels worldwide. For example, the British West Indies and many regions in West Africa share architectural qualities due to the pragmatic nature of their buildings and the fact that merchants around the world continually traveled to the islands, bringing their aesthetic preferences with them.

However, during the early 20th century, most British colonies experienced a unification in terms of architecture and design. As a result, a network between the occupied dominions and all tropical settlements was formed, adopting specific building features that stemmed from the particular geographical needs of the tropics.

The 1940s saw a change in how the colonies, especially in the West Indies, were built. A group of British architects was relocated to the islands with the mission to observe the local architecture and materials and use them as a starting point for what was going to be called “scientific tropical modernism.”

Among the architectural elements the British architects observed were the use of verandas that offered shading from the sun, open windows, and loggias. They all responded to cross ventilation principles that contributed to keeping the buildings fresh and prevented air stagnation.

European visitors found these elements, and the generalized lack of tapestry, irreconcilable with comfort. The stark contrast between the bare floors and walls of tropical homes, and the lavishly carpeted rooms of Europe, compelled many to write back to the Metropolis, demanding a change.

However, it soon became evident that continental preferences would negatively impact health and hygiene if adopted in the tropics.

This realization allowed architects and builders to detach from idealized construction patterns and start with a fresh model for tropical architecture. The process began with the modernization of official buildings, schools, and hospitals, and finally expanded towards housing and commerce. As a result, we can still see many beautifully designed Cayman Islands houses that share these now-classical features.

While modern building techniques showed a preference for steel frames, the availability of timber, and the discovery that greenheart frames offered better fire resistance, pushed builders to adopt local materials and building techniques.

Buildings and houses from this era can still be seen in places like George Town, and many settlements across the coastline still feature constructions that display Caribbean colonial patterns and structures.

However, the demand for modern construction materials grew as the Cayman Islands became a more attractive business environment. At the end of the 20th century, concrete was more readily available as companies started to mass produce blocks.

Concrete is much more resistant to the elements and can be cooled with the aid of modern and energy-efficient air conditioning. Combined with the unique architectural flair of Caribbean architecture, contemporary Cayman Islands houses and buildings display a more polished iteration of classical elements. We still see beautiful overhanging roofs and verandas that provide proper shade and ventilation. Yet, they are combined with minimalistic and low-maintenance designs and materials that increase their aesthetic appeal.

Visitors marvel at the modern roadways flanked by newly constructed houses that retain the spirit of tropical architecture and way of life.

If you´re looking for Cayman Islands houses that both provide aesthetic value and secure investments, you must visit Crighton Properties. They have access to numerous Cayman Islands houses for sale. But the best part is that they connect their customers with the rich history and culture of the islands. Contact them at info@crightonproperties.com

For More Information about Real Estate Companies In Cayman Islands and Properties for Sale in Rum Point Please Visit: Crightonproperties.