Lithium Chloride Desiccants: What You Should Know 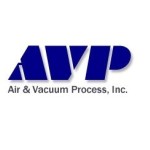 Lithium is a fairly rare element on Earth with a wide range of important uses in science, technology, medicine and even in consumer goods. You may recognize it from its inclusion in lithium-ion batteries, which account for one of its most important economic uses.

Because of its rarity, it is typically reserved for the production of batteries, special drugs, and other niche uses, but its utility as a reactive element is far more reaching that one might expect.

But, believe it or not, lithium has many other important uses that are not always widely known. Case in point – lithium chloride desiccant, which for several reasons is considered a superior deliquescent absorbent desiccant. Here’s what you need to know about this effective, safe, desiccant material.

Why Use Lithium Chloride Desiccants?
First, to delve into the significance of lithium chloride desiccants, we need to understand the use of a more widespread alternative, in the form of calcium chloride.

Calcium chloride is a commonly used deliquescent absorbent desiccant. It is safe to use, non-toxic, and highly effective at lowering the relative humidity of a gas. It’s also generally considered safe for disposal after the desiccant has absorbed moisture and dissolved into brine.

Calcium chloride’s biggest selling point is that it is cheap and fairly effective. However, it is also unstable. Stability of this type of desiccant depends on the air inlet conditions and the concentration of the desiccant in the solution.

In addition, lithium chloride carries some other advantages, especially when considered as a desiccant material for drying natural gas streams, instead of TEG (glycol) natural gas dehydration.

Lithium chloride, in contrast to TEG dehydration, requires no energy or fuel. It can be used in outdoor areas with little or no access to electricity or with electrical classification restrictions. Lithium chloride dehydration can be used to treat biogas or landfill gas and is highly effective at removing moisture and preventing hydrate formation in wet natural gas streams.

It is environmentally safe and unlike TEG dehydrators, produces no BTEX emissions, VOCs, or other harmful by-products. The resulting brine can often be easily disposed of (pursuant to all applicable local and national environmental regulations).

In addition, equipment that uses lithium chloride as an absorbent desiccant requires very little maintenance and few operating costs besides the need to replenish the desiccant once it is consumed.

Most importantly, in this form (lithium chloride) lithium is not considered toxic and is safe for use consistent with accepted practices and procedures. Like calcium chloride, it is a highly effective deliquescent absorbent, and it is considered safe and non-toxic as well.

Where Can You Get Lithium Chloride Desiccants?
Lithium chloride’s stability as a desiccant in deliquescent dehydration systems makes it attractive to many natural gas producers and compressed air system operators, despite its relatively high cost.

There are many producers that manufacture lithium chloride desiccants, and research into their efficacy, especially in contrast to other absorbents like sodium chloride and calcium chloride.

Whichever type of deliquescent absorbent you are looking for, visit Air and Vacuum Process online at AirVacuumProcess.com. They carry a wide range of absorbent desiccants for compressed air and natural gas dehydration systems, as well as the equipment required to treat these systems.

Visit their website via the link above or get in touch with them directly at 866-660-0208 or at Sales@AirVacuumProcess.com for more information.