In the Bannon Case, Manhattan D.A. Taking on another pardoned Trump ally 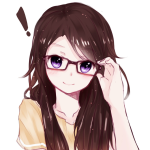 Two years ago, federal prosecutors accused Stephen K. Bannon of perpetrating a huge fraud: helping to fashion a financial pipeline to siphon donations for a crowd-funded border wall project into the personal bank accounts of the project’s founders.

Evidence presented at one founder’s trial earlier this year showed Mr. Bannon, a onetime political adviser to former President Donald J. Trump, apparently plotting to move the money that had been donated through his own nonprofit to pay another partner who had publicly pledged not to accept a salary. Mr. Bannon himself was never tried: Mr. Trump pardoned him in January 2021.

But on Thursday, Mr. Bannon, 68, is expected to surrender to New York authorities to face state charges in connection with his role in the project, known as We Build the Wall, according to people familiar with the matter.

The indictment against Mr. Bannon is sealed, and the precise allegations are unclear.

In a statement, Mr. Bannon called the charges “phony,” adding: “This is nothing more than a partisan political weaponization of the criminal justice system.”

The charges are the latest example of the Manhattan prosecutors’ efforts to serve as a check against the presidential pardon process in cases where prosecutors believed the recipient of a federal pardon had also broken state laws.

Mr. Bannon would be the first pardon recipient to be prosecuted since the passage of a 2019 New York law that explicitly allows such charges. That law passed after an attempt to prosecute another Trump ally, Paul J. Manafort, was challenged on double-jeopardy grounds.

In 2019, Mr. Bragg’s predecessor, Cyrus R. Vance, charged Mr. Manafort, Mr. Trump’s former campaign chairman — who had been convicted of federal crimes in 2018 — with mortgage fraud and more than a dozen other state felonies.

Prosecutors described the charges as a way to ensure Mr. Manafort would be brought to justice, even if he were to later receive a presidential pardon. But a judge threw out the state charges, ruling that they violated a state law against double jeopardy, which bars defendants being tried twice for the same offense.

In an interview with The New York Times before leaving office last year, Mr. Vance said that he thought the federal charges against Mr. Manafort and Mr. Bannon were “Manhattan crimes.” He said, “They were prosecuted justly by federal prosecutors. They were pardoned, in my view, legally but unjustly by the president. And that shouldn’t end the story there.”

Though the 2019 law signed by then-Governor Andrew M. Cuomo was enacted too late for the case against Mr. Manafort, it would apply to Mr. Bannon.

In August 2020, Mr. Bannon and three other men were arrested and charged by the U.S. attorney’s office in Manhattan with cheating donors who had contributed more than $25 million to We Build the Wall.

We Build the Wall was popularized in Instagram and Twitter posts boasting of ties to Mr. Trump. It was also promoted by Donald Trump Jr. and assembled an advisory board of right-wing luminaries. They included David Clarke, the former sheriff of Milwaukee County in Wisconsin; Kris Kobach, the former Kansas secretary of state; and Erik Prince, the founder of the private military company Blackwater, now known as Academi.

Few ideas were as galvanizing to Mr. Trump’s supporters as creating a physical barrier at the Mexican border. Chants of “build the wall” rang out during rallies. Many supporters saw the structure as the embodiment of Mr. Trump’s “America First” policies.

The Trump administration ultimately built about 450 miles of a wall along the border.

The three others charged with Mr. Bannon were Brian Kolfage, an Air Force veteran from Miramar Beach, Fla.; Andrew Badolato, a venture capitalist from Sarasota, Fla.; and Timothy Shea, an entrepreneur from Castle Rock, Colo.

Mr. Shea went to trial in May. Although Mr. Bannon was not on trial, his presence loomed large over the proceedings: Evidence showed him in contact with the others as they discussed media coverage of the campaign and plotted to steer funds to Mr. Kolfage, who initially had said he was not taking any compensation for his role in the wall project.

In a December 2018 text message to Mr. Bannon, Mr. Badolato wrote that the claim Mr. Kolfage, who had lost both legs and part of his right arm while serving in Iraq, “will not be paid a dime” would be “the most talked about media narrative ever.”

“But,” he added, “we gotta find an end around to get him stuff.”

In January 2019, after a Buzzfeed News article raised questions about Mr. Kolfage and We Build the Wall, Mr. Badolato suggested language for a news release asserting that Mr. Kolfage was not taking a salary, Mr. Bannon responded: “COAR can pay him,” an apparent reference to Citizens of the American Republic, a nonprofit organization Mr. Bannon set up in 2017.

Financial records cited by prosecutors showed that $380,000 was sent from the wall group to Citizens of the American Republic, which in turn sent money to Mr. Kolfage and to Mr. Bannon.

After Mr. Trump pardoned Mr. Bannon, in January 2021, the Manhattan district attorney’s office, then headed by Mr. Vance, began its own investigation.

The new indictment was first reported by The Washington Post.

A federal judge declared a mistrial in the case against Mr. Shea in June after jurors reported an impasse, saying one juror had spoken in deliberations of a “government witch hunt” and refused to consider the evidence.

Federal prosecutors plan to retry Mr. Shea later this year. Mr. Badolato and Mr. Kolfage are set to be sentenced in October.