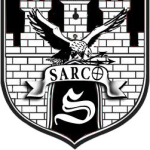 The Lee-Enfield bolt-action rifle, carried by British and British Commonwealth forces throughout the greater portion of the 1900s, is one of the most influential rifle designs ever produced.

More than 17 million have been made and there are still corners of the world where Short Magazine Lee-Enfields are still in service.

With a history that illustrious, it’s no surprise that there are a wide number of variants. Let’s take a look at some of these more common ones.

Magazine Lee-Enfield (MLE) and CLLE
The MLE, sometime spoken as “Emily” was the first variant of Lee-Enfield produced (in 1895) as an upgrade of the Lee-Metford rifles that preceded them.

These rifles were given upgraded sights and the rifling was changed to make it more suitable for use with smokeless powder cartridges. The first MLE rifles were 49.6”, with a 30.2” barrel, built around the .303 cartridge, held 10 rounds, and were effective out to 1,000 yards.

A small number of these original Magazine Lee-Enfield rifles were converted to load from chargers, which became known as Charger-Loading Lee-Enfields (or CLLEs).

Overall, the SMLE Mk 1 was much shorter than the MLE thanks to its 25.2” barrel with a short bayonet boss that barely protruded beyond the nosecap. Though the SMLE later evolved into a very influential rifle, it was controversial at the time as some believed the smaller, shorter, lighter platform would deliver higher recoil and be less accurate than the larger MLE.

SMLE Mk III
The SMLE Mk III, which was first developed in 1907, is arguably the most infamous of all Lee-Enfield rifles, and the one which was most widely carried during the First World War.

Its components also featured screw-in threads, a heavier barrel, and a receiver and bolt made of stronger steel in addition to a new bayonet-mounting configuration in which the bayonet mounted directly to the barrel.

No.4 Mk I rifles, though they were heavier than some previous iterations of Lee-Enfield rifles, featured a stronger action and bolt and were well-received by most soldiers, serving widely through the Second World War.

(Interestingly, some of these rifles were produced in the United States for the British Empire by Stevens-Savage.)

Looking for a Lee-Enfield for Sale? Visit SARCO, Inc.
If you encounter a Lee-Enfield for sale, it’s likely (but not guaranteed) that what you’re looking at is one of these, or one of the later variants (not mentioned here) that saw service elsewhere in the world, since it has been adopted into official duty in hands far-flung around the globe.

However, if you’re purposely looking for a Lee-Enfield or already own one of these relics and now need parts for repair, upgrade, or just maintenance accessories, visit SARCO, Inc., in their shop in Easton, Pennsylvania, or online at SarcoInc.com.

They carry one of the industry’s largest collections of historical rifles, arms, and military collectibles, including parts for hard-to-find weapons.