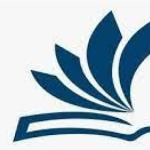 Gastrointestinal (GI) diseases are disorders that affect the digestive system, which includes the organs from the mouth to the anus. Examples of common GI diseases include Hemorrhoid, irritable bowel syndrome (IBS), inflammatory bowel disease (IBD), and Gastroesophageal reflux disease (GERD). These conditions can cause symptoms such as abdominal pain, diarrhea, constipation, and rectal bleeding, among others. Some GI diseases may also increase the risk of certain cancers. Treatment options vary depending on the specific disease and may include medication, lifestyle changes, and in some cases, surgery.

Constipation is a common digestive disorder characterized by infrequent bowel movements, hard stools, and difficulty passing stool. The normal frequency of bowel movements varies from person to person, but generally speaking, going less than three times per week is considered constipation. Other symptoms of constipation may include abdominal pain, bloating, and the feeling of incomplete bowel movements.

There are several possible causes of constipation, such as a low-fiber diet, not getting enough physical activity, certain medications, and certain medical conditions, such as hypothyroidism, diabetes, and spinal cord injuries. Chronic constipation can be treated with changes in diet and lifestyle, such as increasing fiber and water intake, getting more physical activity, and using over-the-counter laxatives if necessary. Drinking caffeine or alcohol, and smoking can worsen constipation.

In most of the cases, constipation is a short-term and can be resolved with simple lifestyle changes. It may require medical attention if it becomes chronic or if it is accompanied by other symptoms such as significant weight loss or rectal bleeding.

Irritable Bowel Syndrome (IBS) is a common functional disorder of the gastrointestinal (GI) tract that affects the large intestine. The most common symptoms of IBS are abdominal pain or discomfort, along with changes in bowel habits such as constipation, diarrhea, or alternating periods of both.

The exact cause of IBS is unknown, but it is thought to be related to a dysfunction of the muscles in the wall of the large intestine and how they work together to propel feces through the intestinal tract, along with changes in how the brain and gut communicate, and increased pain sensitivity. Stress, changes in hormones and certain foods can exacerbate symptoms.

IBS is a chronic condition, and treatment is aimed at managing symptoms, rather than curing the condition. Treatment for IBS may include dietary changes, such as increasing fiber and fluid intake, medications like laxatives and antispasmodics, and psychological therapies like cognitive-behavioral therapy.

The most common causes of hemorrhoids are straining during bowel movements, constipation, and a lack of fiber in the diet, which can lead to hard stools that are difficult to pass. Other factors that can contribute to the development of hemorrhoids include pregnancy, chronic diarrhea, and a sedentary lifestyle.

Treatment for hemorrhoids often begins with lifestyle changes, such as increasing fiber and fluid intake, regular exercise, and avoiding straining during bowel movements. Over-the-counter creams, ointments, and suppositories can also be used to help relieve symptoms. In more severe cases, or if conservative treatments haven’t worked, there are other procedures such as sclerotherapy, rubber band ligation, or surgery which can be used to treat hemorrhoids.

Colon polyps are abnormal growths that occur on the lining of the large intestine (colon) and rectum. They are usually benign (noncancerous), but certain types can develop into colon cancer over time. The most common types of colon polyps are adenomatous polyps, also known as adenomas, which have the potential to become cancerous. The most common symptoms of colon cancer are rectal bleeding, changes in bowel habits, abdominal pain, and unintended weight loss. However, colon cancer often does not cause any symptoms in the early stages.

Qatar has a well-developed healthcare system and is home to many highly qualified and skilled internal medicine doctors. The country has several reputable hospitals and clinics that are equipped with the latest technology and staffed by experienced medical professionals. Additionally, many of the doctors in Qatar have been trained and educated in some of the top medical schools and institutions around the world.

Due to its well-developed healthcare system, Qatar is a destination for medical tourism and many people come here to seek healthcare. The country has invested heavily in healthcare, and it’s Ministry of Public Health (MoPH) is dedicated to the development of healthcare services.

Many of the hospitals and clinics in Qatar have modern facilities and provide a wide range of medical services, including specialized care for various internal medicine conditions. You can find a best internal doctor in Qatar by researching online and consulting with other healthcare professionals. Additionally, many hospitals have English-speaking staff, and many of them have also international certifications which make them a good destination for healthcare.